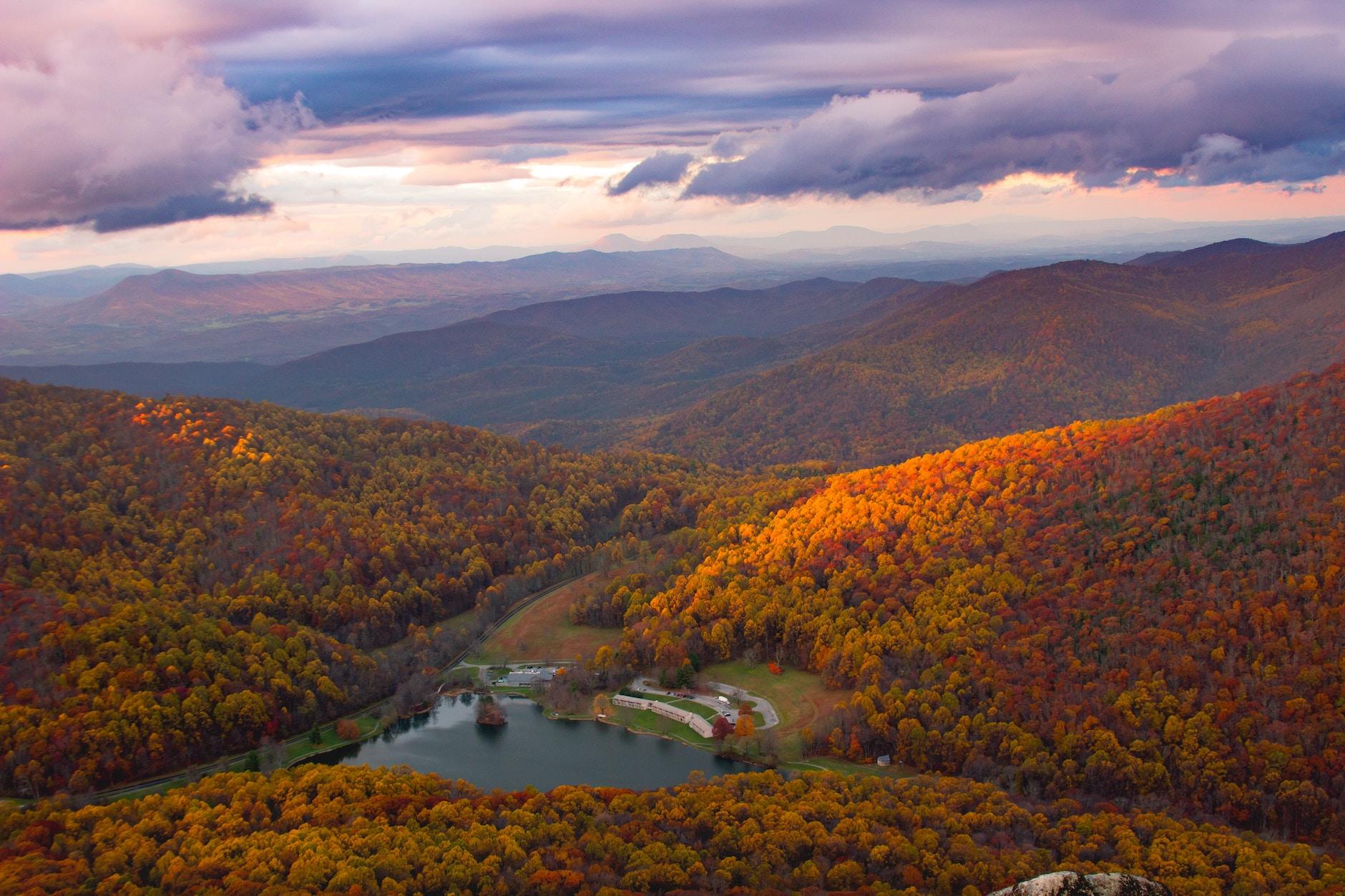 The Best Places to Live in Virginia (A 2021 Guide)

The Best Places to Live in Virginia

If you’re thinking about moving to Virginia, the most difficult roadblock you’ll run into (besides the actual moving part) will be choosing which amazing city to call home. If you are still are unsure if Virginia is right for you, check out our guide to everything Virginia has to offer. (oh, and by way of introduction, we’re Bellhops—movers in Virginia and particularly Richmond movers, Arlington movers, Alexandria movers, Fairfax movers, and movers throughout the country).

The cities in Virginia are as beautiful and diverse as the state itself. Some of them are right on the coast where in the summertime you can literally kick off your dress shoes after work and go for a walk along the beach. Others are lovely hidden gems buried right in the heart of the state. Regardless of what your idea of the perfect city is, we’ve got something for everyone. Here are the three best places to live in Virginia.

Be a part of the renaissance taking place in Richmond

We’ve said it before and we’ll say it again. We love smaller lesser-known cities that have a lot to offer. In the past, we’ve highlighted hidden gems like Chattanooga and Austin as places we recommend calling home for their breadth of opportunity, affordability, hip funky culture and loads of entertainment. Richmond, Virginia is yet another one of these gems we’ve stumbled upon. And, if you can’t tell, we’re excited about it.

At first glance, Richmond has the perfect canvas to be an amazing city. The stunning James River actually runs through the city and during the spring, summer and fall months, residents can be seen swimming, paddle boarding and kayaking in it.

The city of Richmond itself is lovely. One quick Google search will lead you to hundreds of images depicting a bustling river, tall buildings sprouting up between thick green leafy trees and rolling hills that seem to go on forever. Aesthetically, you couldn’t ask for a prettier city than Richmond and with four fairly mild seasons, you’ll be able to enjoy the city’s beauty year around without finding yourself too hot in the summertime nor freezing come winter.

Between Richmond’s aesthetic and agreeable weather, it has quickly become a hotspot for millennials looking to escape the big city life without missing out on big city opportunity. Between VCU’s world-renowned art school, affordable living and impressive career opportunities, young professionals are moving to the city in droves.

This influx of “hipsters” is having a massive impact on the culture of Richmond in some fabulous ways. The city known for being one of the most historical places in the United States — it’s actually among one of our country’s oldest major cities — is now taking on a completely new face.

Today, art is just as much a part of Richmond as its history is, tattoos can be spotted on hipster skin as frequent as murals on the city’s walls and coffee and craft beer flow with as much ferocity as the James River.

The city is changing. It’s transforming. It’s becoming something new. It’s an exciting metamorphosis that can be felt in the air and heard in passing conversation at trendy coffee shops and breweries like Lamplighter and The Veil. It has become a safe haven for dreamers, aspiring artists, creatives and entrepreneurs wanting to pursue their passions without having to scrape by as they pay outlandish rent and living expenses.

Famous for its historic charm, young professionals can feel right at home in cozy apartments in old beautifully renovated brick buildings and factories without paying an arm and a leg –– at an average rent of $1,000 for a two bedroom, Richmond is very doable (especially if you’re cool with having a roommate).

So, who is Richmond for?

Richmond, Virginia is for those that march to the beat of their own drums. It’s a city for creatives, artists and entrepreneurs looking to escape the big bustling cities and replace it with a hidden gem with plenty of historic charm in the midst of a renaissance. But, more than this, Richmond is for young professionals too… with 7 fortunate 500 companies headquartered there, the opportunity for career growth is endless. If you plan on making the move to Richmond soon, give us a call, we’d love to help.

Jump in your car and drive 137 miles Southeast of Richmond and you’ll find another city in Virginia. Welcome to Virginia Beach. Located on the Virginia coast where the Chesapeake Bay collides with the Atlantic, Virginia Beach at surface level is a vacation hot spot. This is true, but it also just so happens to be a wonderful place to call home, too.

Our first sell on Virginia Beach is that it sports over 38 miles of coastline. The idea of kicking off your shoes after work and walking along the beach is pretty appealing to us and we imagine it is to you too. And, while the resort city will certainly have plenty of vacationers laying out on one of its massive public beaches, locals know some nice quiet spots where you won’t see a tourist anywhere in sight.

But, outside from the beaches, the city as a whole sports a very outdoor-centric culture. During the spring, fall and summer months, everywhere you look people can be seen rollerblading, skimboarding, paddleboarding, kayaking and walking their dogs. Not to mention, events like the Neptune Festival bring over 500,000 people to the city every year to spend time outside on Virginia’s beautiful coastline.

In addition, what makes Virginia especially interesting is its military influence. Over 60,000 veterans live in Virginia Beach and the city is home to Naval Air Station Oceana which is responsible for over 60,000 military take-offs and landings each year. That’s roughly 165 a day. Don’t worry though, locals say you get pretty accustomed to the shrieks and roars of the jets knifing their way through the sky.

Who is Virginia Beach for?

Virginia Beach is first and foremost for the beach lover. But, more specifically, it’s for the individual that wants access to beautiful beaches, while still getting to enjoy all four seasons (without freezing to death in the winter). With that said, if you’re wanting to call Virginia Beach home, you better be okay with maneuvering around tourists in the summertime, it comes with the territory of living in a vacation hot spot. And, lastly, at roughly $1,000 a month for a two-bedroom in Virginia Beach, the city is doable.

Just 25 miles west of Virginia Beach exists the state’s second largest city, Norfolk. Weighing in at 244,000 residents, there are plenty of benefits of living in Norfolk. Perhaps one of the most obvious is that you can thrive in a great city while also being just a 30-minute drive away from Virginia Beach.

Folks who live in Norfolk are always pleasantly surprised by the work/life balance that exists in the city. In an article by ALT Daily, a Norfolk native writes, “People friend you on Facebook before connecting with you on LinkedIn, and when you meet new people, not every conversation begins with, “So, what do you do for a living?”

Norfolk is also home to an impressive art scene and to a massive 220,000 square-foot art museum called the Chrysler Museum of Art. Throughout the city, you’ll find hundreds of sculptures of mermaids, the city’s unofficial mascot of sorts. Being that Norfolk is surrounded by the sea, legend has it that mermaids would actually guide battle-weary sailors back to safety after a war at sea. The sculptures are a fun way to decorate the city while also honoring its maritime roots.

And, finally, if you’re into great food and craft beer, Norfolk is the place for you. The state of Virginia as a whole offers an excellent food scene. But, Norfolk in particular sports some extraordinarily delicious treats. Not to mention, Norfolk based breweries like Smartmouth Brewing and O’Connor Brewing Co are turning the city into a beer drinker’s paradise.

So, who is Norfolk for?

We recommend Norfolk for young families looking to raise their kids in a great city among great people. The housing and rent is affordable for young professionals raising kids and with being a short drive from Virginia Beach and Washington D.C., you’ll never run out of things to do with your kiddos.

The best of the best in Virginia

We know. We know. There are so many great cities in Virginia that it’s a bit hard to make a decision. Norfolk is a great place for families. Virginia Beach offers… well, beaches. And, Richmond is weird and unique in the best kind of ways.

However, if you’re asking us to weigh in, we have to give today’s MVP to Richmond. We’re loving the renaissance taking place there as well as the affordability the city has to offer. With that said, the one downside of Richmond is that there is a slightly higher crime rate there than the other two cities. Nothing to keep you from moving there, but just something to keep in mind as you make your decision.

And, as always, if you find yourself needing a helping hand as you’re packing for your big move, don’t hesitate to give us a call. We coordinate local and long-distance moving services in Virginia and we would love to help!

We’ll send you a 10% discount code to use whenever you are ready to get moving.